Vaporesso returns once again to the vape market, this time bringing a new and innovative pod vape to the scene.

The Vaporesso Xtra has plenty of talking points. The battery life, build quality and overall design, and the surprising amount of power packed into this small device are just some of the aspects worth discussing.

The Xtra is the perfect solution for those vapers who like to swap between an MTL vape and a DL vape on the fly, the kit including two separate unipods, each with differing coils.

If you’re looking for your next pod vape, then Vaporesso is here once again to save the day. 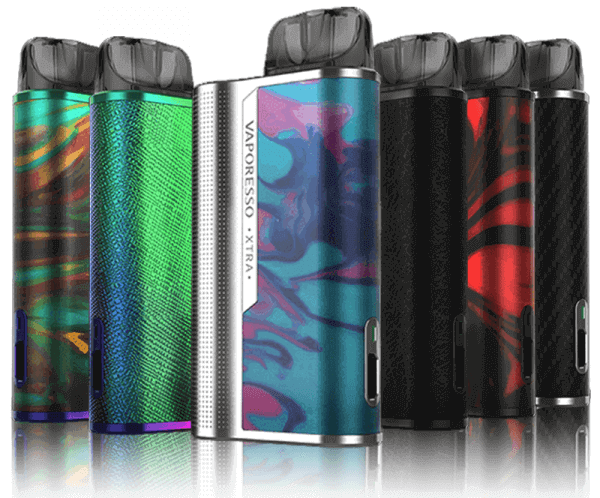 When your Vaporesso Xtra kit arrives, you may notice how light it feels when you pick it up. This is because there really isn’t that much in the box.

However, what is here is more than respectable and is still a great deal better than the majority of pod vape kits currently out there on the market.

The kit contains the Xtra pod vape device itself, two separate Unipods and the charging cable.

The USB cable included with this kit is actually a Micro USB charging cable, as opposed to the USB-C type of cable that is more commonly included with vape kits.

Also included in this kit are some user manuals that guide you through how to use the device. To turn the device on just click the fire button down five times in a row.

Pressing the power button once will display a light on the base of the device that indicates what battery level the device is on. To use the pod, vape just press the fire button and inhale! 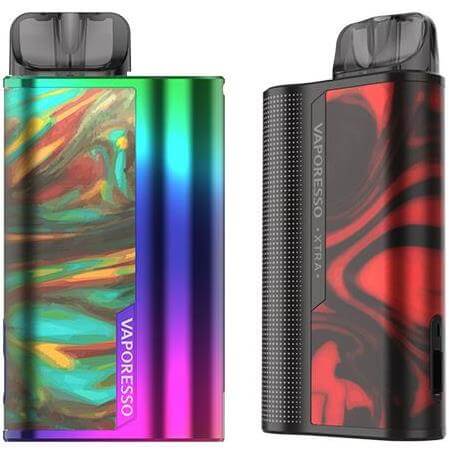 The Vaporesso Xtra is a solid piece of kit. The entire pod device has been manufactured using metal, meaning that the kit feels extremely sturdy and is resilient to any general wear and tear that could occur.

The body of the device is wrapped in a rubber decal that has been made from resin. This both looks incredibly stylish, adding a bit of texture to the device, and is very practical, improving the comfort and fit of the device in your hand.

This decal is essentially still only a sticker, however, so be careful not to pick at it or get it caught on anything.

The overall design of the Xtra is relatively subtle, appearing quite small and unsuspecting to the average passer-by.

However, if you want your Xtra to stand out a little, then it does come in a variety of colour schemes, with some looking quite vibrant. 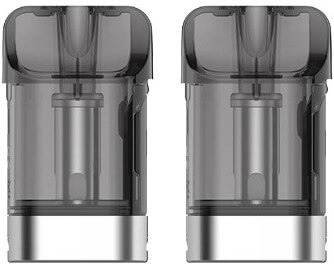 One unipod contains a Meshed 0.8-ohm coil, and the other contains a 1.2-ohm coil. The mouthpiece on these pods are quite small, and a little oddly shaped but they do the job decently.

Refilling the pod can be a little tricky, especially for new vape users. You’ll need to use a pipette here, or something similar as the opening in the pod is only around 3.5mm x 5mm.

Both of the unipods included here are magnetised. This means that they are both very easy to remove from the rest of the device and put back when needed.

That being said, the pods remain firmly attached to the device when you are not actively trying to take the device apart.

These strong yet subtle magnets ensure that the whole Xtra device moves as one unit, with all components staying exactly where they should.

Even a quite vigorous shaking should still see both sections of the device remaining attached to one another.

In general, the Vaporesso Xtra works very well. Although, the performance level does, of course, change depending on what pod/coil you are using.

The Meshed 0.8-ohm coil offers a consistently warm and flavourful vape cloud that is particularly impressive for such a small and unassuming device.

The flavour of the vape remains consistent even with longer drags and consistent vaping in a short amount of time.

The airflow is particularly impressive with this coil, allowing a loose MTL vape to be achieved easily. This coil is best used with E-liquids in the 5-70VG range with a nicotine strength of no higher than 12mg.

The other unipod included with this kit has a 1.2-ohm resistance coil inside. While the pods may look almost identical to one another, the performance is somewhat different.

The primary example is that the 1.2-ohm coil gives a looser MTL vape than the 0.8-ohm pod does. Some more seasoned vape users may think that the MTL vape here is a little too loose.

But if you intend on using this coil-over the 0.8-ohm one, then it is best used with higher strengths of nicotine (up to 24mg).

Additionally, neither of these Xtra pods should be leaking or spitting at any point during usage.

The Vaporesso Xtra uses a Micro USB charging cable. It is commonplace for any modern vape device to use a USB-C type cable, but the Micro USB does still charge the Xtra fairly efficiently.

The battery itself is 900mAh, so you will probably get around one full day of regular interval vaping before it runs out of charge.

While the Xtra is a pretty great device, it is not entirely perfect. Here are some of the most prominent pros and cons that we have found when using the device:

In summary, the latest vape pod by Vaporesso is a pretty great device. While it may not bring anything truly outstanding to the table, what it does bring is pretty good.

This device manages to pack a lot into its smaller frame, cementing the Xtra as a deceptively decent device.