Innokin is one of the leading vaping manufacturers in the world right now, and with their latest Go S kit, it’s easy to see why.

Boasting Innokin’s usual compact and concealable design, the Go S is a perfect vape for those who are always on the move.

Simplicity is at the heart of this kit, making it ideal for those who are new to vaping.

There is plenty to love about the Go S, from its great battery life to its easy-to-maintain pod tank. Read on to find out if the Go S is truly worth the price tag. 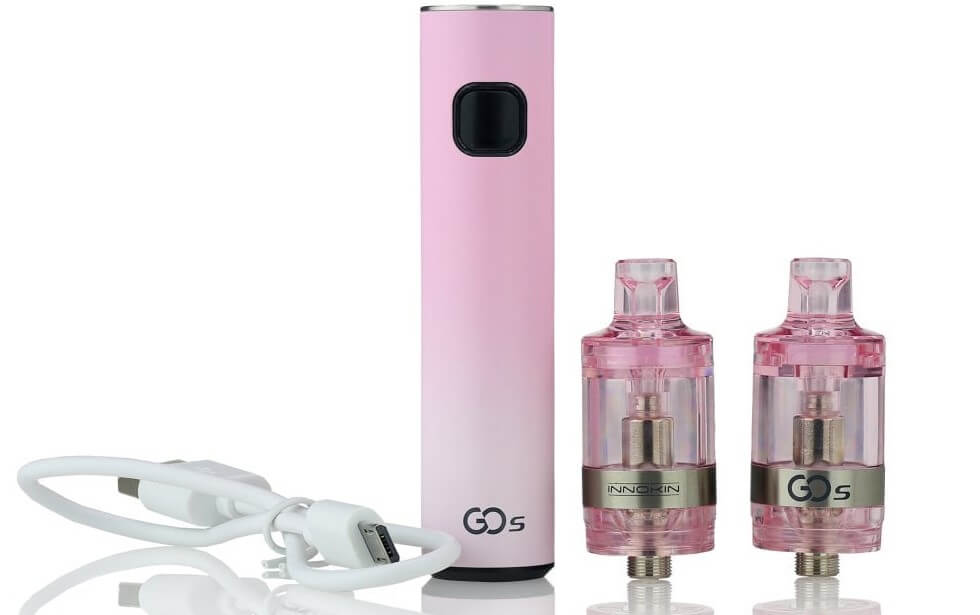 The Innokin Go S is designed to be used primarily as a starter kit for those who are just getting into vaping. While this does mean that more experienced vapers will likely be disappointed with the lack of extras included in the kit, beginners are going to love the simplicity.

Inside the box, there is the titular Innokin Go S mod itself which houses a 1500mAh battery inside. This battery is charged using the USB cable that is included in the kit.

Two Go S 2ml pod tanks are included in the starter kit. While Innokin has designed these tanks to be disposable, they should last for quite some time before you need to replace them. The coils used inside the Go S are 1.6-ohm Kanthal round-wire coils.

The Go S functions in essentially the same way as any other starter vape pen. Turn on the pen by clicking the fire button five times, let it warm up and then click and hold the button to produce a cloud.

The Go S also features a fully adjustable airflow that can be controlled by rotating the bottom ring of the tank. 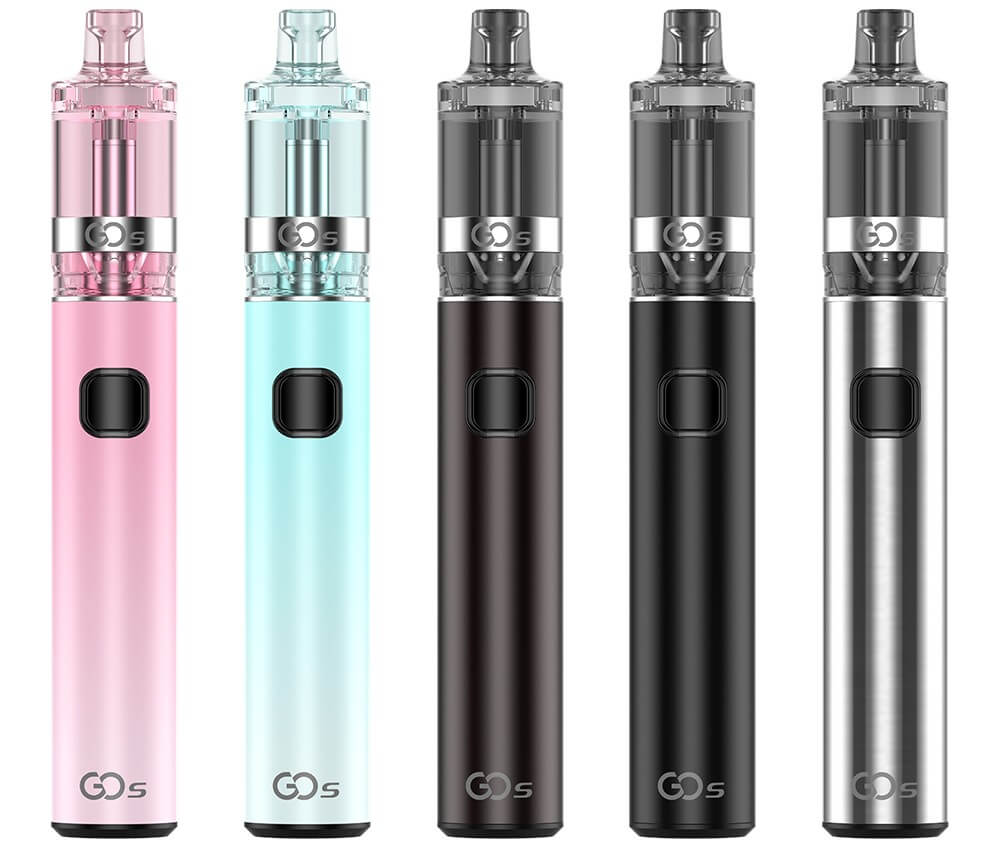 The Go S comes in five colour variations that range from light blue to pink, black to stainless steel and gunmetal grey.

The general look of the Go S is decent. While it may not look any different from every other starter pen on the market, the Go S has surprisingly good build-quality overall.

The sheer simplicity of the Go S mod cannot be overstated. There really isn’t that much to it. A micro-USB port is housed at the back of the device for charging, and a single fire button is present on the front of the device.

That’s really all there is to it. The 1500mAh battery inside the mod does a good job, lasting for long durations even when the device is being used consistently.

The Go S is very lightweight and ergonomic, making it fit comfortably in hand during even the longest sessions. The mod features a 510 spring-loaded connector with a diameter of 20mm, so you can use practically any tanks that fit these dimensions.

Besides that, there really isn’t much else to say about the Go S mod. Nothing really sets it apart from the rest of the starter pens on the market. But this isn’t necessarily a bad thing.

The Go S’ main purpose is to function primarily as a starter pen for first-time vapers, so keeping everything as simple as possible is actually a very smart move.

There is no way that first-time users will get confused when using the Go S. 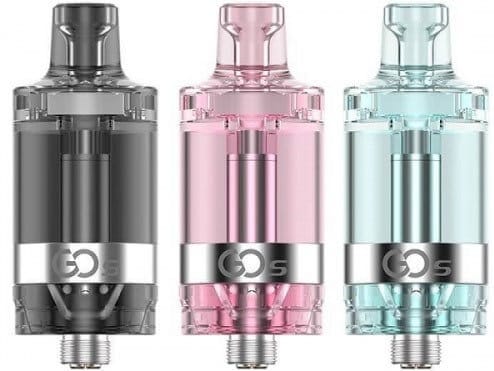 The standard Go S starter kit comes with two separate tanks. Both of these tanks are identical, featuring a 2ml capacity each.

Innokin has designed these tanks to be disposable, meaning that when the coil becomes damaged or loses its efficacy, the tanks can simply be thrown away. This means that the tanks require practically no maintenance at all.

However, this does also mean that the tanks don’t last as long as many non-disposable ones. It really becomes a matter of personal preference on whether you’ll prefer these disposable tanks or whether you would have preferred some longer-lasting ones.

The shape and design of the Go S tank follow the same general design formula as many other 510 drip tips. The tank features a top-fill system that is easy to use when you find it, although getting there can be somewhat of a struggle.

You will need to push in the top section of the tank and slide it open to access the filling port. A seal made from silicon is used to reduce the likelihood of any e-liquid spilling out from the tank. The tank also features an adjustable airflow at the base of the tank.

The Go S utilises a 1.6-ohm coil that is already pre-installed and ready to go. Thankfully, the 1.6-ohm coil actually does a really good job in the performance department, especially when the Go S is used on its full power settings.

The Go S can reach up to 13W of power which, when paired with the 1.6-ohm coil, produces a wonderfully warm vape and a fairly rich cloud. The flavour produced using the Go S is surprisingly full, especially when you use a fruit-flavoured e-liquid.

As previously mentioned, the Go S has an adjustable airflow that lets you choose the type of vape you wish to have.

If you want a tight mouth-to-lung draw, then you’ll want to close the airflow completely. Regardless of what airflow settings you choose, you’re sure to get a smooth draw.

The 1500mAh battery housed within the Go S will give you plenty to work with as the 1.6-ohm coils included in the kit only need to a low wattage to work effectively, thus extending the battery life significantly.

For those who vape casually, you can go days without needing to charge the device. The Go S can reach full charge in around an hour.

There is a lot to like about the Go S, but it may not be for everyone. Here are a few of the most prominent pros and cons associated with the Go S:

While it may not be breaking the formula or bringing anything new to the table, the Innokin Go S is still a substantial, decent kit for any first-time vaper.

Experienced vape users are sure to be bored within just a few hours by the lack of features and adjustable settings, but that simplicity is exactly what makes the Go S an ideal kit for someone who is trying vaping for the first time.