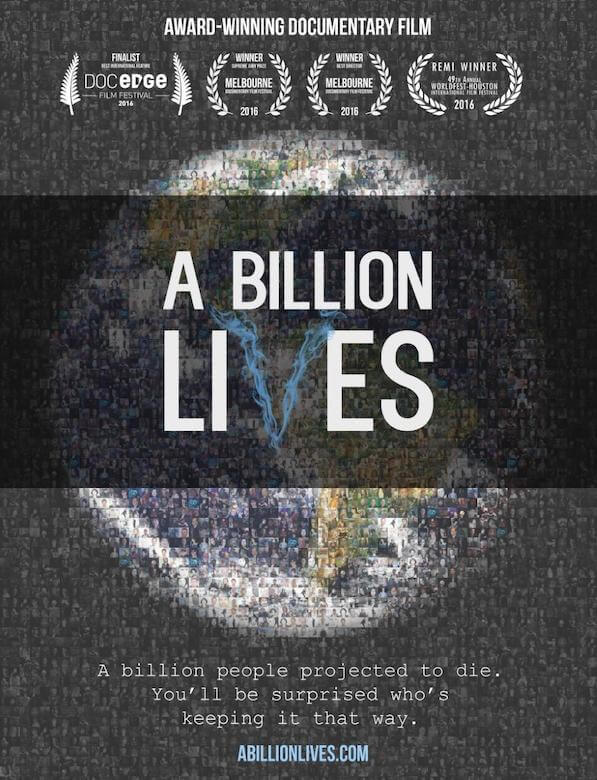 A Billion Lives, the vaping documentary by Aaron Biebert, was premiered in Europe back in 2016 and received excellent reviews, with the packed audience agreeing that the movie had not only met expectations but had actually exceeded them.

Despite the fact that it took almost a full half hour before e-cigs were actually mentioned, the stark message that opens the film is thought provoking enough, declaring that a billion people this century are projected to die as a result of smoking.

The movie goes on to outline the severity of the impact that tobacco has on world health, describing the modern industry’s history and the lengths that it has gone to in order to hide the negative effects its products have caused.

The first section of the movie is a little long and focuses on David Goerlitz (or Winston Man) who was once the public face of the best selling cigarette brand in the USA but who eventually became an activist for the anti-smoking movement.

The second section switches the focus to e-cigs and how they can help smokers to quit the habit and save that billion lives.

A host of experts are called up to give testimony including the past president of the World Medical Association and the former tobacco control chief of the WHO, and the clever style of filming captures the optimism and energy of the modern vaping community while avoiding cliché.

Alongside the upbeat enthusiasm, there is also a darker side as Biebert digs deeper into why there is such a drive to crush vaping and turns up the answer that everyone expected – money.

While the tobacco industry doesn’t come out well in this movie, the pharmaceutical companies are also surprisingly incriminated, unwilling to lose the additional income that nicotine replacement products have been bringing in.

The true villain of the movie appear to be the tobacco industry itself who has everything to lose if all smokers take up vaping.

The industry is worth a shocking $15 billion and the people at the top with their comfortable salaries are extremely reluctant to give all that up just for the sake of public health.

Anyone who has been following the debate around vaping for any length of time is unlikely to be shocked or surprised at the revelations in this movie.

However the additional details which have been added to existing knowledge are the true fascination of this movie.

With its high artistic values and impressive interviews, A Billion Lives captures the world of the evil tobacco controllers quite effectively.

The clarity with which Biebert exposes those who have a lot to lose should e-cigarette use increase among the general public is depressing but extremely effective.

Uncomfortably for the vapers in the audience, the scrutiny is also turned on vapers too, pointing out certain unpleasant habits such as cloud chasing, that do the vaping community no favours and can cause the public to turn against the e-cig use.

A Movie About Corruption

Although the focus of the movie is e-cigarettes and those that fight so strongly against them, in fact it could really be about any modern innovation which is threatening a long-established and comfortable status quo.

Yes – it is because e-cig use forms the backdrop to the action that makes this movie feel more personal and more relevant to the vaping community, yet the concept of a billion lives being lost for absolutely no valid reason other than greed and money is so appalling that everybody should pay attention.

At its heart, this movie is truly about corruption and how it can literally rob people of their lives.

If only A Billion Lives could spread this message around the globe, it could be one of the decade’s most influential work.