Aspire are back, and they’re better than ever. The brand new Aspire Cloudflask oozes with style and a sense of undeniable class that other vapes just simply don’t provide.

The second you take your first glance at the Cloudflask, you understand exactly what Aspire is going for here. A completely functional, high-quality vape that comes packaged in an undeniably stylish outer layer.

While you may be looked at a little funny if you use the Cloudflask in public (what with it taking on the appearance of a hip flask), it is more than worth it. 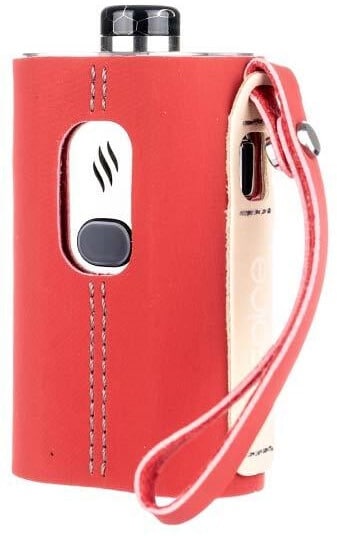 Aspire has really gone above and beyond for their Cloudflask kit. There is enough packed into this small kit to impress just about any vape users, regardless of their level of experience.

Sliding the kit open will reveal the Cloudflask device itself, a beautifully refined, weighty pod mod that we’ll go more into detail about in a second. One Cloudflask pod is included in the kit. It has a capacity of 5.5ml.

Two Mesh coils are included in the kit, both of which measure in at 0.25-ohm. A USB-C charging cable comes with the kit, which is an improvement over previous Aspire devices that only included a Micro-USB cable.

Some spare O-rings are also included in the kit as a nice little extra. The final inclusion in this kit is a stylish leather cover that fits snuggly over the mod, adding some extra protection against general wear and tear.

The Aspire Cloudflask has an internal 2000mAh rechargeable battery that works very well. Despite its unique appearance, the Cloudflask is actually incredibly easy to use.

Just turn it on by clicking the fire button five times and press it again to produce a vape. Rather surprisingly, that’s all there is to it. 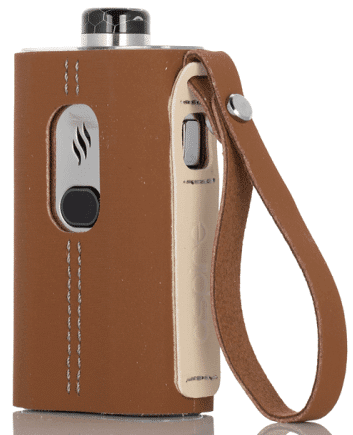 The design of the Cloudflask is what immediately sets it apart from other pod vapes on the market. The striking appearance of the flask-like design paired with the refined look of the stainless steel makes this one of the most unique pod devices around right now.

That being said, though, it may be the case that some people really don’t like the design of the Cloudflask.

Some people may be a little confused as to why Aspire have decided to make a vape that imitates the appearance of a hipflask, and they’d be right. It is a tad confusing.

The heavier weight of the mod is more than acceptable when you take into consideration how sturdy the device is overall, especially when paired with the microfibre leather case included in the kit. 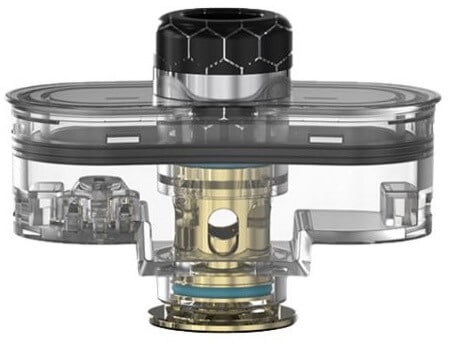 The Cloudflask’s pod is pretty big, allowing for a maximum E-liquid capacity of 5.5ml. This pod also features an 810 drip tip, making it larger than most pods on the market that feature a 510 drip tip.

While you can use a whole range of 810 drip tips in the Cloudflask, they will need to include an O-ring as the pod itself does not have one embedded into it.

The Cloudflask pod is completely transparent, giving you a clear idea of how much E-liquid you’ve got left in the tank.

Coils can be easily installed into the pod by pushing up from the bottom of the pod. Filling the pod is also very simple. The Cloudflask features a bottom-fill system that uses a silicon seal to stop any accidental leakages.

To fill the pod, just press the two buttons on the side. These will release the pod so that you can gently remove it from the rest of the device.

Turn the pod upside down and carefully lift the silicon seal. Pour in your E-liquid and push the seal back in place. 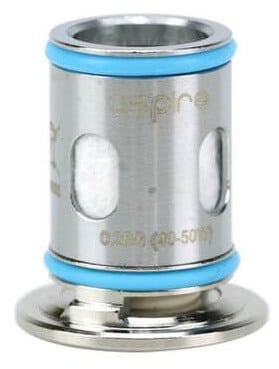 The Cloudflask standard kit comes with two separate coils. Both of the coils are identical, being mesh with a resistance of 0.25-ohm.

While they may seem a little big at first, they are the perfect fit for the larger pod of the Cloudflask. These coils can be easily installed into the device by pushing the bottom of the pod.

One particularly interesting and innovative feature of these coils is that they have a mesh ring surrounding the cotton of the coil. This mesh ring seemingly limits the spit back produced when firing up the device.

The longevity of the coils really depends on your vaping habits. For instance, if you vape constantly with different flavours, then one coil will probably last you just under a week before it starts to lose effectiveness.

However, if you vape casually, then one coil can last you well over a week, which is pretty impressive.

Generally speaking, the Cloudflask performs very well, especially if you classify it as a pod device. The general rule of thumb when comparing vape devices is that the closer the coil is to your mouth, the better the flavour will be.

And as the Cloudflask’s coil can be found just under the drip tip, its flavour production is incredible. Similarly, its cloud production is also very good.

This is achieved via the Cloudflask’s Bypass mode that ensures that 2000mAh battery is working at full capacity at all times.

As far as pod mods go, the Cloudflask is definitely in the top-tier with regards to flavour and cloud production.

That being said, though, the Cloudflask does eat away at your E-liquid supply like nobody’s business. If you’re an avid vaper, then you’ll need to top up your Cloudflask quite often.

One of the main downsides to the Cloudflask is that it has no airflow adjustment options at all. The airflow sits at a fixed, slightly-restricted position.

Those who prefer a loose Direct-to-Lung vape will have no problems at all, but those who would rather have a tighter draw are going to be disappointed.

The Cloudflask has its fair share of both pros and cons. Some of the most evident ones are listed below:

To put it simply, Aspire’s new Cloudflask is one good piece of kit. While the design may not be for everyone, the device’s outstanding performance cannot be denied.

And while some more experienced vape users may quickly grow tired of the lack of adjustable features, there is still plenty to love about the Cloudflask.

The unique use of a Bypass mode as a standard may drain the battery, but it ensures that the Cloudflask is always performing at a consistently excellent level.

No matter your level of experience, the Cloudflask is sure to impress you and leave you eagerly anticipating Aspire’s next model.