Vaping may be popular at the moment, but there are some concerns about the risks associated with using e-cigarettes.

Vaping increases your exposure to potentially harmful chemicals as well as nicotine which is known to be addictive.

Some people are also worried that vaping could make tobacco use more appealing to young people.

Nevertheless, all of the available evidence at the moment shows that vaping is still a less dangerous option when compared with the risks of smoking.

Health Risks of Vaping With Nicotine

Nicotine doesn’t cause cancer and has been approved as safe for use in a range of nicotine replacement therapies like gum and patches.

That doesn’t mean that there aren’t any risks associated with nicotine, however.

Nicotine is extremely addictive. That means that if you vape with nicotine, you could become dependent on vaping.

For those who wouldn’t otherwise have begun using nicotine, such as non-smokers, vaping can cause an addiction to develop.

Young people are especially at risk from nicotine’s harmful effects and addiction. They can develop nicotine dependence after a lower level of exposure when compared to adults.

Nicotine affects concentration and memory and can even alter how the teenage brain develops.

If someone is exposed to nicotine during their adolescence they may struggle to control their impulses and may develop behavioural and cognitive problems.

Vaping could also predispose young people to nicotine addiction and may even encourage them to experiment with other drugs.

Even if only a small amount is swallowed or absorbed by the skin, nicotine-containing e-liquid is very harmful.

Children who have swallowed e-juice have suffered from severe health problems and there have even been some fatalities.

This means that whenever you purchase nicotine-containing e-juices, you should choose one with a poison hazard symbol and a child-resistant lid.

These are legal requirements and protect children in three different ways.

Firstly, the child-proof closure ensures that children will find it hard to open the container and access the liquid inside.

The poison symbol also reminds caregivers and parents to ensure the product stays away from children’s reach and sight.

Children are also taught that this symbol means that the product is dangerous and shouldn’t be touched.

Health Risks of Other Chemicals in Vaping

Health risks have also been associated with other chemicals which are found in e-juices, although vaping produces fewer chemicals than those found in tobacco products.

The main liquids used in vape juices are propylene glycol and vegetable glycerine.

Both of these are considered to be safe to use in consumer products like sweeteners and cosmetics.

Nevertheless, whether inhaling these substances on a long-term basis is safe is not yet fully known.

Chemicals are used to flavour vaping products. These are used in food manufacturing and are safe for consumption, however, it’s not yet fully known whether they’re safe to inhale.

No burning occurs during vaping, however, the process does heat the liquid and this can cause new chemicals to form like formaldehyde.

Some contaminants such as tin, nickel or aluminium may also get into the vapour.

The higher the temperature and power used for vaping, the more chemicals may be produced and some of those may cause negative effects on human health.

Nevertheless, the number of contaminants and chemicals in vapour are still lower than those found in cigarette smoke.

Popcorn lung is a potential risk of diacetyl exposure.

Some manufacturers use diacetyl as a flavouring to produce a sweet and buttery flavour in foods and vaping products.

The condition gets its name from the case of several popcorn factory workers who developed the disease after they inhaled diacetyl in large volumes after it was added to the popcorn during the manufacturing process to produce a butter flavour.

This chronic disease causes damage to the bronchioles or small airways inside the lungs.

No reports have been made of anyone developing popcorn lung because of vaping.

Even so, in the EU and UK, diacetyl use has been banned in any vaping product and many manufacturers have now ceased its use elsewhere around the world.

Breathing in the second-hand vapour isn’t necessarily harmless, however, it contains a lot fewer chemicals than you’d find in second-hand smoke.

As yet, the health effects of inhaling vapour exhaled by users remain unknown.

Even so, the risks are believed to be considerably lower when compared with the risks associated with breathing in second-hand tobacco smoke.

It’s still suggested that vapers are cautious when vaping around non-users and children.

Some evidence has been found that using e cigs increases the number of chemicals and nicotine levels on surfaces inside the home.

This can result in third-hand exposure when these substances are unintentionally ingested.

The aerosol produced by e-cigarettes also contains several chemicals which are potentially harmful including heavy metals like lead.

If the nicotine in e-juice is inhaled by non-vapers, it may also increase their chances of becoming addicted.

Little is known about how using e-cigarettes could affect human health in the long term.

More research will be required to find definitive evidence.

However, some recent studies have shown that there could be a connection between vaping and chronic or serious health problems like heart attacks and COPD.

While the vapour produced by e-cigarettes may appear to be harmless, particularly when compared with the smoke that’s produced from tobacco cigarettes, it still contains particles which can damage and irritate the sensitive tissues of the lungs.

Therefore, vapers are at a greater risk of experiencing breathing problems and chest pain. Vapers are also more at risk of developing COPD.

It’s also possible that vapers may be more at risk of cardiovascular problems.

Some of the chemicals which are found in e-cigarettes, like nicotine, affect blood circulation.

Regularly vaping could make it more likely for you to suffer from heart disease, a stroke or a heart attack.

In fact, vapers have double the chance of having a heart attack when compared to non-vapers.

Another possible risk associated with vaping is that of potential injuries from a defective product or battery which causes an explosion or fire.

This can cause serious burns, and there have been several stories in the media about cases where vapers have been harmed in this way.

If lithium-ion batteries are used, stored, charged or carried incorrectly, they can be hazardous.

It’s therefore vital for vapers to only buy vaping products from reputable suppliers and to follow the manufacturer’s instruction when charging, storing, transporting and using their device.

Long-term Effects of Vaping are Unknown

E-cigarettes were designed partially to help smokers to reduce their use of tobacco and to be a healthier option than cigarettes.

However, there aren’t any studies available yet to prove that e-cigarettes are safe to use in the long term.

Some evidence has been found that vaping may cause lung and heart problems over time, but, as yet, experts still advise that vaping is 95% safer than smoking tobacco cigarettes, and therefore the benefits of switching to vaping from smoking still outweigh the potential risks associated with e-cigarettes. 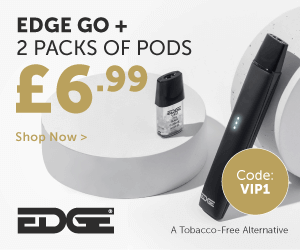